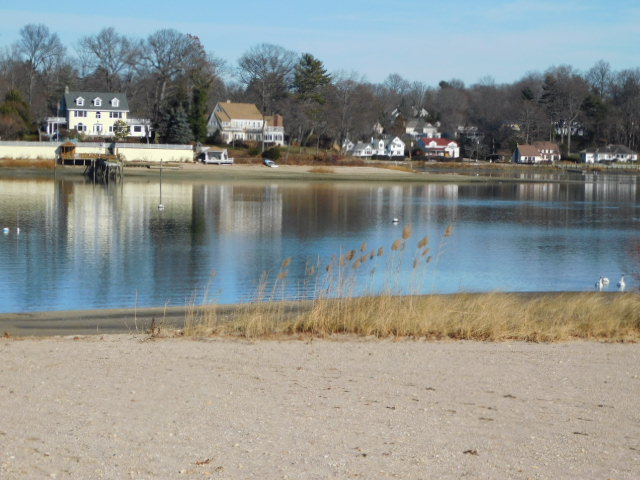 Large crowds of flocking geese _ not the usual overwintering kind _ have arrived to cover the bay, ignoring the massed swans who dislike the competition for fresh water.  A few ducks, but not so many as to be noticeably different from other times of year.
One of the swooping seagulls cries out to a tiny white-headed duck, “Hey, Bufflehead Bob, see you’re finally back!  How did the North treat you this past year?”
“Well enough, well enough.  Boy, that cove over there gets more and more crowded each time I arrive.  Doesn’t anyone ever leave any more?”
“Nah, most of them have gotten too fat and lazy.  Easy pickin’s the last few seasons.  If we have a hard January with the harbor frozen over and icicles forming on beaks we’ll see things thin down pretty quickly.”
“Yeah, true, but that affects us to, so no evil wishes from me.”
“Where do you go, anyway, Bob?  Is it just like here.”
“Not hardly.  Lots of room, lots of quiet, lots of trees and open marsh.  It’s work to pack and work to go but Fran and I love it up there.”
“In the right season, right?”

“Oh, yeah, in the right season.  Well, got to get busy diving.  See you around.”