Wide sand as empty as a promotional postcard of remote island getaways. 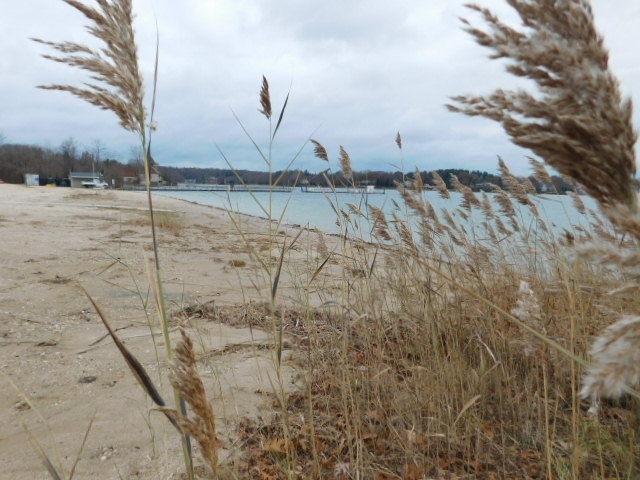 Reeds are evocative in every season, always beautiful, poignant in autumn.

I’m not yet adjusted to a remarkably frigid gusty north wind.