Centuries-old beech finally felled by disease, another part of our historic community vanished into memory.

Joan and the neighbors decorate yards and porches with reminders of the season. 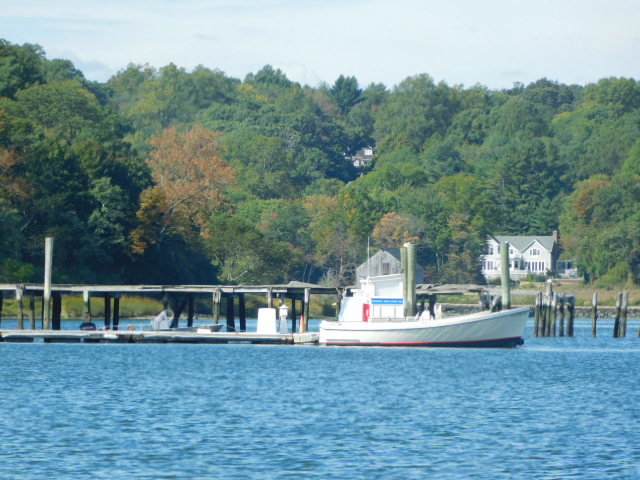 Flashes of color here and there can be stunning, but usually we are in too much of a hurry to notice.

Autumn becoming more obvious with each passing day.
Out in late twilight putting garbage at the end of the driveway.  The sound of insects and tree frogs is overwhelming, so different than the birdsong of early morning.  Nobody else around, but glows emanate from windows everywhere.  It is easy to imagine what sounds would be coming out, if anyone had windows open.
“Three dead in latest shooting incident …”
“Korea threatens and the president responds angrily in spite o
f …”
“More bad news from school scores …”
“Police reports claim that …”
“The latest massive study of the effects of red meat and avocados reports that …”
“Hurricane gathers strength, latest in series of natural disasters to strike Florida tomorrow.”
A faint siren wails from town.

Troubles all around, apparently troubles everywhere but here.  I gaze at final glimmers of deep red in the western sky, take a deep breath, and try to restrict my perceptions to my own personal space.  The rest will intrude soon enough.

One thought on “Over The Hills”