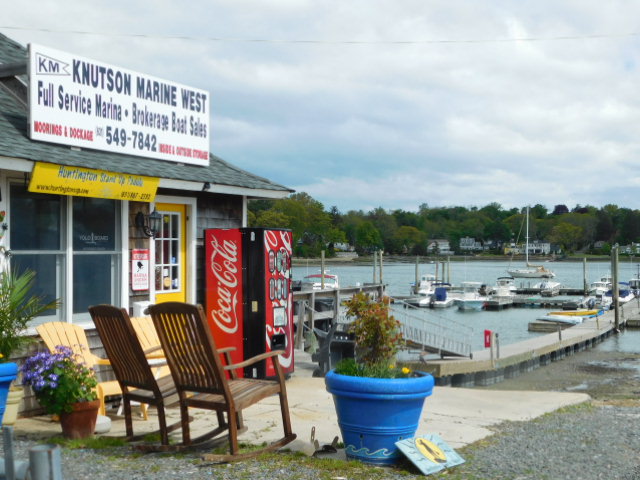 May contains no “R” but shellfish collection continues under much better conditions than in February.

Low tide exposes algae which demonstrate just how quickly foliage has matured to darker greens.
“Lovely Leda, isn’t this just perfection,” Paul majestically paddles through the calm green waters of Hecksher pond.  “Why, people have even fenced off our nest to keep away curious children.  I’m glad we come back here every year.”
“I guess,” sighs his mate, “but I do miss having some privacy once in a while.”
“Maybe so,” replies the other swan, “but it also means we miss most of the raccoons, cats, and rats we used to have to deal with.”
“I know, there’s always tradeoffs.  This is a beautiful and relatively safe spot.”
“As long as we remember to warn the kids about old Arnie the snapping turtle.”
“Yeah, but he hasn’t really been too aggressive now that there are lots of fish around.”
“Besides, Leda, the hawks hate to fly around this congested traffic area.  I tell you, it’s just about perfect.”
A few more pedestrians stop nearby to snap pictures, all chattering away. “Fame, fame, fame.  We might even go viral.”
“And what good would that do any of us, Paul?  A Nike sponsorship for down jackets?  Or ending up on a thanksgiving dinner table to advertise some kind of gravy?”
“No,” Paul says, nibbling an itch under his wing, “I’m pretty sure that is turkeys.  Or geese.  Not us.”
Leda sniffs.  “Low life geese, that’s the only thing I don’t like here, the neighborhood has been going downhill for some time.  We’re going to have to get the cygnets into some good water with the right sort of birds later on.”

Paul nods in resignation as he glides off.  Such is the way of a lifelong marital commitment.
Sunday 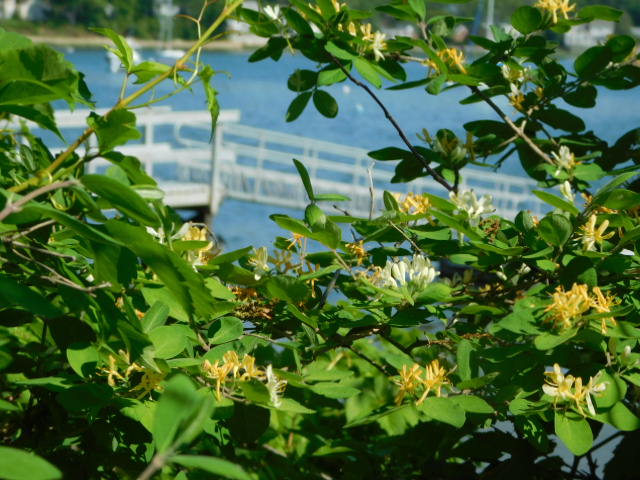 A few days of high heat have shoved honeysuckle into blossom,  despite a chill drifting across waves.
When I was younger, the world fine and free
I mostly ignored what was not about me
Now that I’m aged with vast changes gone by
Sometimes I summon my strength for a sigh
Each era was marked with its hopes and its fears
Fortunate we who encountered those years
No matter what, ‘twas a marvelous show

What will come next, I scarce wish to know.