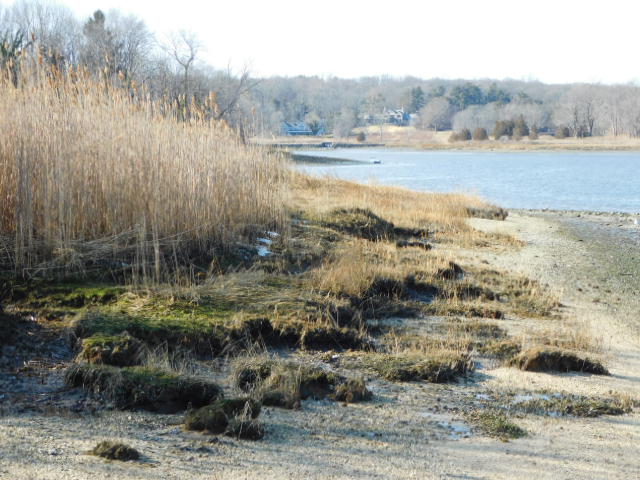 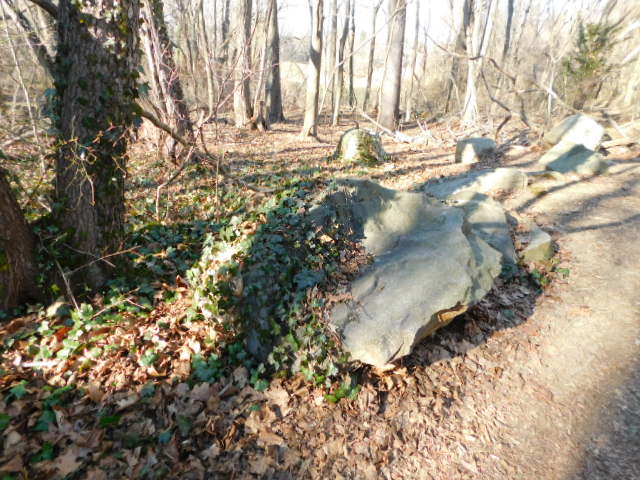 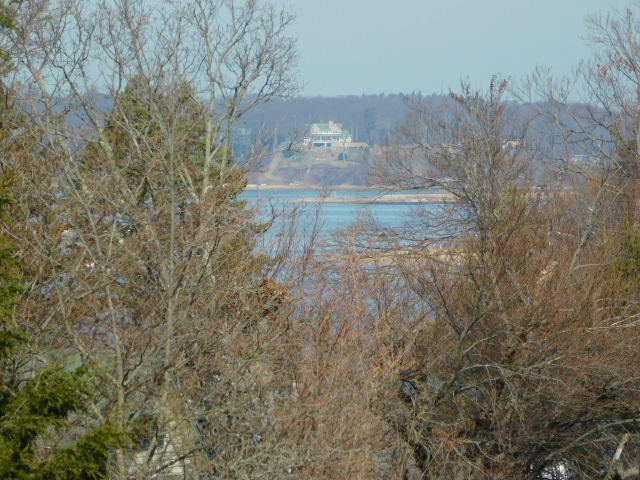 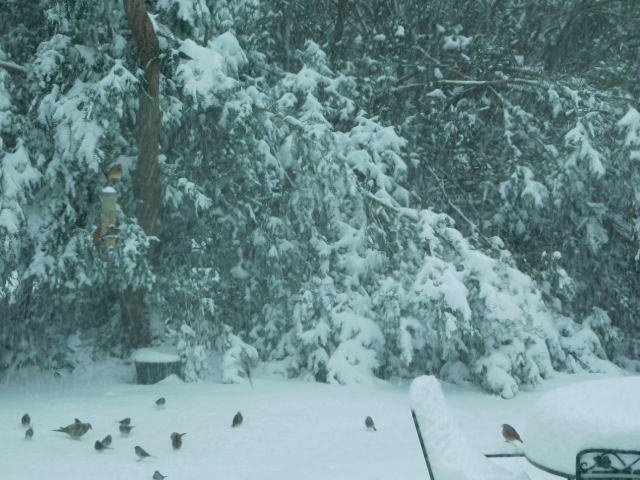 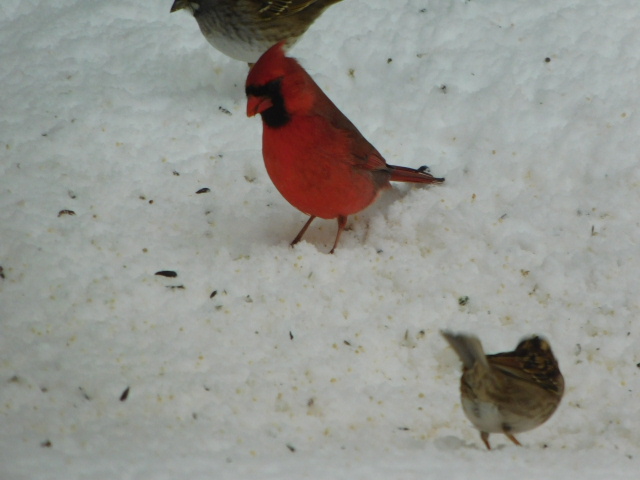 “My, you’re looking fine these days, Jack.”
“Why, thank you Grace,” replied one cardinal to the other as they both happily pecked away at birdseed on the ground.  “Wish I could take credit for it, but …”
“I know, I know, happens to you fortunate guys every year around this time.  I’m lucky to get a bit of a blush on my head.”
“Oh, you look really fine, yourself,” noted Jack gallantly.
“Yeah, yeah, and that’s the season talking too…”
“We don’t get to choose who we are, or even much how we act, you know.  We just take what we can get and make the best of it.”
“Oh, ok,” cheeped Grace resignedly.  “Me too.  Like these amazing magical tidbits on the ground all the time, even in snow.  Just can’t get over it.”
“Well, about time to fly around a bit and get back in shape.  Need to get those hormones pumping to be as scarlet as possible.”
“Take care of yourself and watch out.  You stand out like _ well like a cardinal in the snow.”

“Witty too,” laughed Jack, winging his way into the trees on the way to another spring. 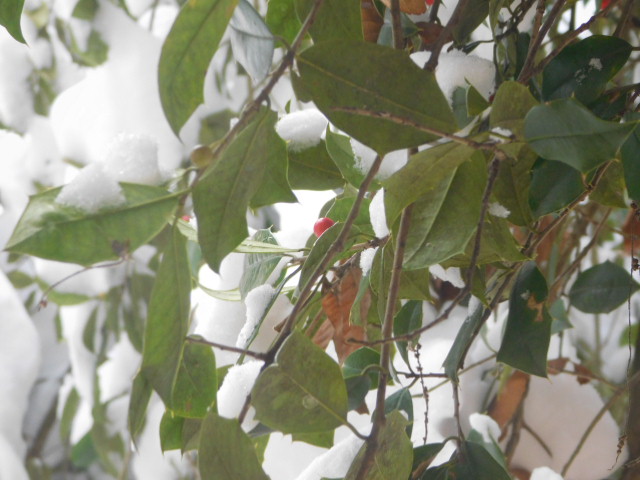