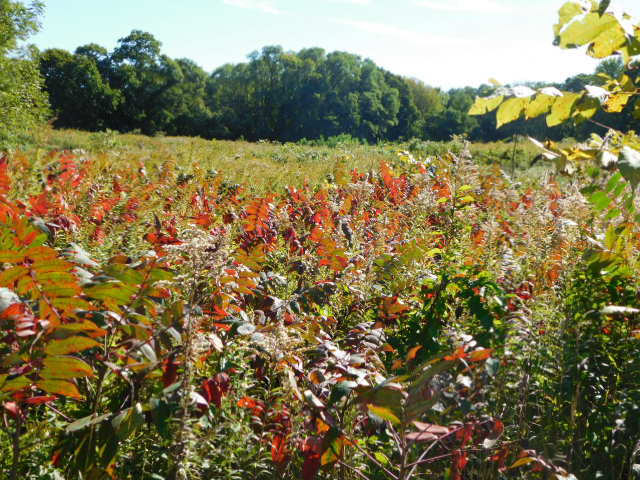 And I’m not quite sure what to do 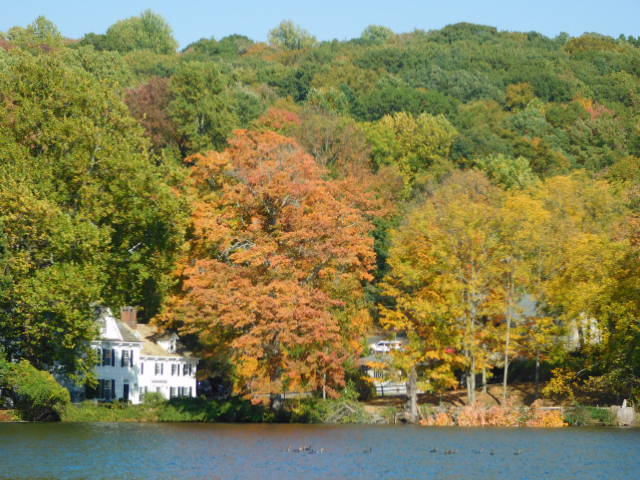 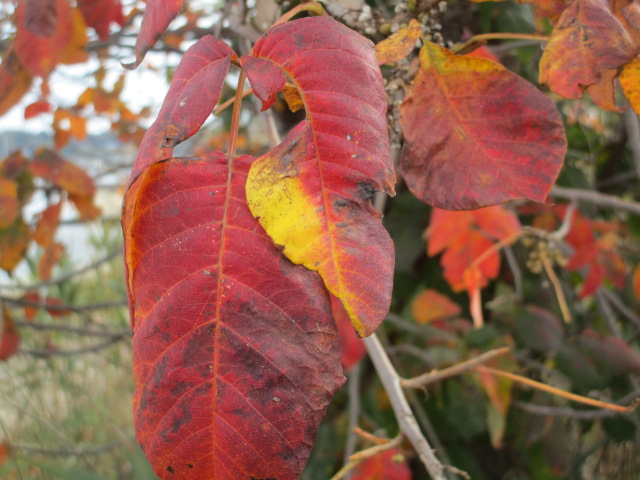 This time of year, I am easily mesmerized by one branch or twig surrounded by its colored ensemble.  Or, especially, by a single fruit, one brilliant leaf.  I am paused in reverie staring at a particularly lovely specimen when John passes by and calls.  “You know that’s poison ivy.  Look but don’t touch!”
“Yeah, yeah,” I laugh.  “Learned that the hard way.  Still, loveliest display along this route today.”
“There’s a moral there somewhere,” he suggests.
“Oh, there’s a moral in everything.  Many morals.  The one we select always turns out to be something that supports our current agenda or mood.”
“So what’s yours today?”
“The transience of everything, I suppose.”
“Ah, romantic deep melancholy.  Too bad, with the day so lovely,” he critiques.
“No, no,” I insist.  “Transience in a good way.  This is the time to enjoy this particular leaf.  Tomorrow it may be brown or fallen.  Right now it is a marvel.”
“Like you, I suppose.”
“Well, OK.  But mostly, I want to take advantage of the micro-views of the world.  The pretty leaf right here, the flaming tree over there,” I gesture across the harbor, “no need to travel to far away destinations to take advantage of what is being offered.”
“Today only!  Don’t miss out!  Hurry!” he mocks.
“If you will.  Anyway, isn’t this nice, all red, orange, yellow, spotted and shiny?  Here, I’ll pick you a bunch if you want….”
“Fiend!”  he yells dramatically.  “Begone!  I walk in beauty, I do not drink of it!  Although,” he adds slyly, “you are free to take as many as you want for yourself. “ He continues on his way, whistling.

I try to get back into my study, but the spell has been broken.  Anyway, there are more things to see, and tomorrow will surely offer others, certainly different. 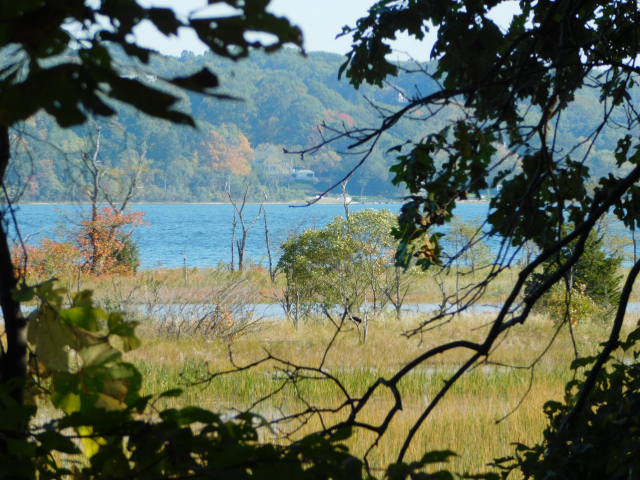 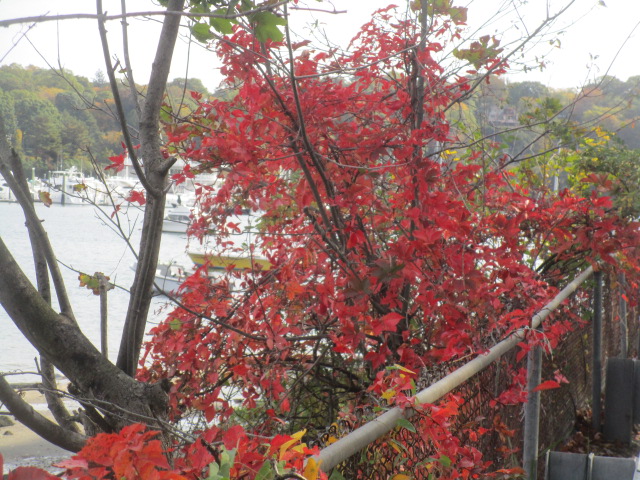