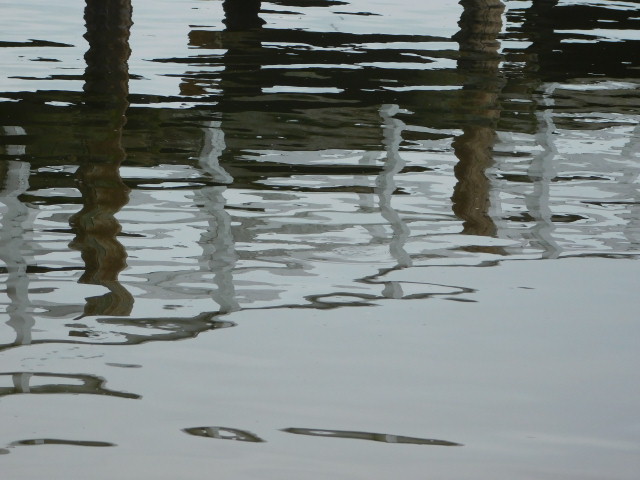 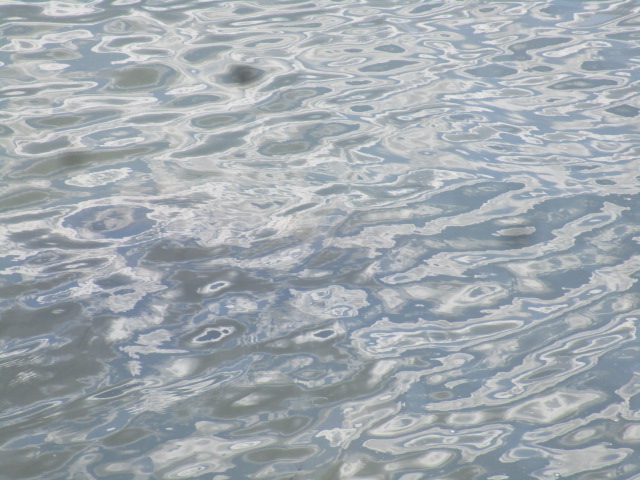 Go with quick flow, glide over tide
Inspect what reflects, gaze ranks of waves
Nothing is ever the same
See flowing seas, sight ripples bright,
Astound each rebound, stare into glare

Waves drift in endless lines, encountering other disturbances, bouncing and reflecting and picking up glints of sunlight.  I try to make sense of it all, then fall into a reverie.  “Hi Wayne,” brings me back to my body here on the dock.  Oh, our neighbors Joe and Linda.
“Watcha up to,” asks Joe,  staring where I had been looking.  “I don’t see anything.”
“Just being hypnotized by ripples and reflections,” I answer, “doing nothing.”
“Ah,” he intones dramatically, enunciating  slowly in a deep fake voice “You will now jump in the water …”
“If you were a wave,” I laugh, “I probably would.”
“It is beautiful here,” Linda murmurs.  “Especially when the sun is setting over those trees.”
“Just looking at the surface activity is always wonderful to me,” I add.  “Kind of an aid to mindless meditation.”
“So do you do this often?”
“Probably not often enough,” I admit.  “Like everyone else, I always seem to have something more important to do.  But when I force myself, this can seem just as critical to my thought balance.”
“Know what you mean,” Joe gestures to his boat.  “When I’m out there fishing I can get into the same kind of trance.  Refreshing.”
“Given the problems of the world,” muses Linda, “I suppose mindless is good.”
“I don’t know,” I reply.  “Seems to me mindless is the cause of a lot of the problems of the world.”
“Well, we’re off to the deeper waters,” says Joe as they start down the gangplank.  “Give us a minute to fire her up and we can add some big action to those waves of yours.  No, no, don’t thank me now.”

“Have a great afternoon.”  I turn back to the circles and flickers and darks and intimating patterns, lost in complexity and happy for it. 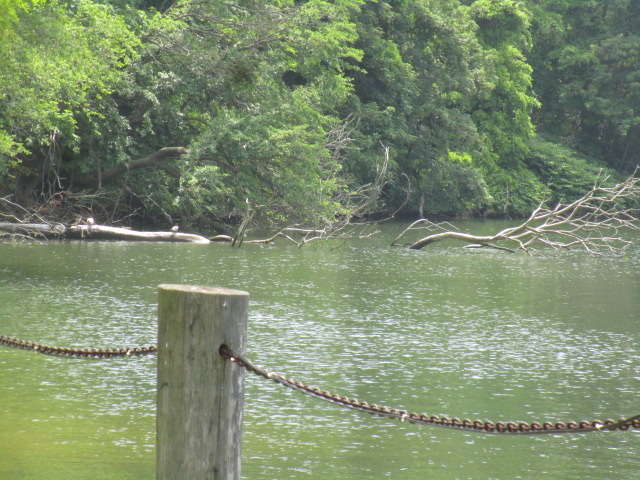 One thought on “Fluidities”