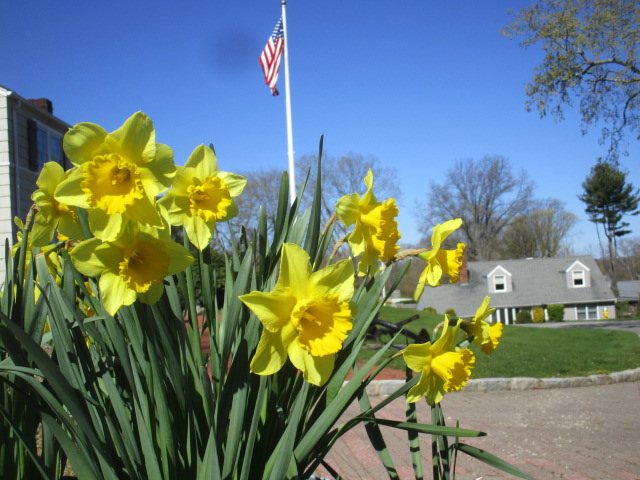 Living through entropic spirals
We imagine cycles
Each day like last and next, each year, each spring
Sometimes, even, each life.
Our universe, harshly rushes in mysterious time
Ignores our pattern making, our silly mathematical fantasies.
No day, year, spring, or person like another.
No cycles. 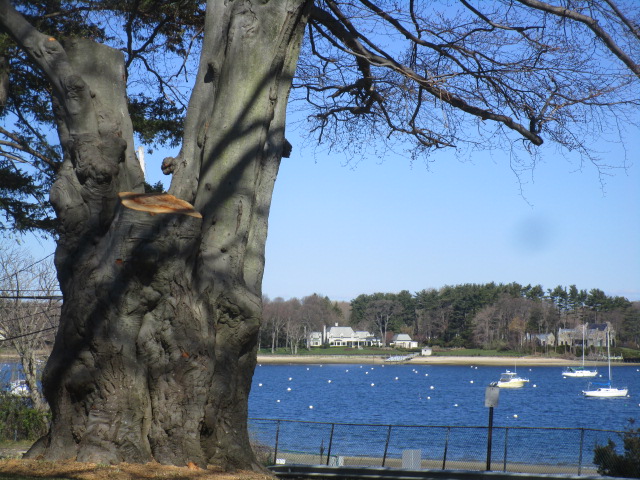 I plop myself down next to Mike and Annie at Mill Dam Park.  Boats launched down the ramps now at a pretty steady rate, mooring locations out on the water beginning to fill.  “Nice day,” I wave vaguely at the clear blue sky.  “Nice spot.”
“Liked it better before they fixed it up,” grumps Mike.  “No shade trees, no charm.  Not nearly as nice as it was.”
“Nothing is,” chimes in Annie.  “Too many cars, boats, lights, traffic, overhead jets.”
“Trash on the side of the road,” adds Mike.
“Leaf blowers,” I huff.  Everyone nods agreement.
“All better when we grew up,” says Annie.  “I’ve lived here my whole life, and you wouldn’t believe what a paradise it once was.”
“Yeah, my wife says that all the time,” I note.  “But then, she does like the shopping these days.”
“I think we did grow up in the best of times,” muses Mike.  “Overseas places were still exotic, land was open, globalization hadn’t killed off local stores.”
“People lived better, more rationally, more secure in family and tradition,” Annie scowls. “Neighbors were neighbors.”
“O tempora o mores!” I moan sarcastically.
“You’ll have to translate that for Annie, I’m afraid,” Mike watches a gull swoop down on a discarded wrapper.
“Don’t be silly.  I went to a good high school _ education was better back then too.  But I definitely think we had golden age that nobody else will ever get,” Annie finishes as we all lapse into meditative silence.

No matter what, I decide that like any adventure it has been fun.  Wouldn’t trade.

I tried to never be a selective observer of fortune.  Good times are always intermixed with bad.  Wanting to live in a different time _ past or future _ always involves collecting its best aspects and ignoring everything else.  Much the same is true of envy of other people’s lives.
I like to believe that these last sixty years have been some of the best, for most people, in most places.  Sure everyone faced nuclear destruction, pollution disasters, runaway population, and loss of confidence in what the future holds.  I will not list marvels, which are many.  I will ignore the fragility of lives _ being in control until suddenly some horrible disaster arrives.  That is the lot of humanity and always has been.  Does not matter if death is by earthquake, black plague, Mongol hordes, or ISIS.
I also think the world is less rich in being.  Too much crowding ruins destinations, too much everything makes not only species but also entire experiences _ including certain types of lives _ extinct.  Places become subtly identical _ which I hate.  Everywhere is common, dirty, and annoyed.  Not at all as it was a short time past.
Everything is melting into one massive stew.  I was privileged to taste some of the different flavors while they lasted.  No less than that, I was able to believe varied and delicious meals would be served each tomorrow.  Now _ well the meals are there _ the varied cultural lifestyles that made them memorable are not.
Perhaps I am wrong.  I hope so.  Transitions have always happened and will for as long as people survive.  I’m just happy I enjoyed mine.  If I want to proclaim it as a great time to have lived through _ taking no claim or blame _ I feel free to do so.